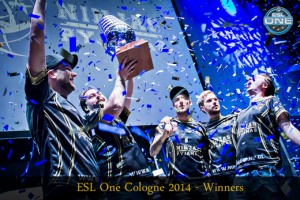 Misc
Fixed an issue on the store stats tab with Physical Protection showing in Magical Stats.
Fixed a party match lobby issue where skins and re-roll were unavailable.
Accolade art is now suppressed if an objective bar is up.
Fixed missing god kill announcements.
Fixed an issue in Tutorial where the store couldn’t be closed.
Fixed an issue with item cooldowns persists in the item slot after selling.
Fixed an issue with players reconnecting to a paused match not seeing their HUD elements correctly.
Possible bug fix with people disconnecting during the match loading screen.
Fixed issue with Ticker on return to lobby.
Fixed tooltip for all Joust queue descriptions.

League
All in game league screens have undergone an Art pass.
Changed the points trend algorithm to show a players point trend over 24 hours.  If a player is point positive then it will show an up arrow and a down arrow if negative.
Added new art for all of the league divisions.
Added Season 1 league rewards.  Players will be given a player icon for the highest tier that they completed.
Fixed bug where friends would not refresh based on switching leagues.
If you do not participate in the league you will still see your friends that are.
Friends list now shows division they are in.
Friends list now shows point trending.
Increased leaderboard size from 100 to 200 players.
League queue descriptions have been updated.
Various season closing enhancements / bug fixes.
Various updates to league pages on out of game website.

Spectator
Siege Map now features support for a custom sub-level that clears trees and other obstacles for improved spectating.

Artemis
General
Fixed an issue with the bow showing up purple on the Stalker skin.
Fixed Boar interactions with players that are jumping

Bastet
Pounce
Bastet can no longer pounce back while under the effects of crowd control.
Bastet is now CC immune for 1s after she lands from the initial Pounce. She can still Pounce Back for up to 4s, but is only guaranteed being able to do it for the 1s CC immunity.
Razor Whip
Casting time increased from 0.2s to 0.35s.
Damage reduced from 30/50/70/90/110 to 25/45/65/85/105.

Kumbhakarna
Epic Uppercut
Corrected tooltip error.
Fixed an issue with Kumbhakarna not dashing when firing next to an enemy Hades during Pillar of Agony.

Osiris
General
Exalted One skin now correctly shows red eyes.
Base health increased from 410 to 475.
Judgement Tether
Addressed an issue that prevent Osiris from using his basic attack
Lord of the Afterlife
This ability may now be used while crippled, and provides CC immunity while leaping.
All enemy gods in the area are now hit, instead of just the lowest health god.
Can no longer cancel the start up, which fixes a basic attack progression issue.

Scylla
Sic ‘Em
Corrected an issue with lifestealing once at rank 5. Now only the initial target hit will proc lifesteal on this ability.

Thanatos
Hovering Death
Fixed an issue with getting stuck after firing Aegis before ascending.